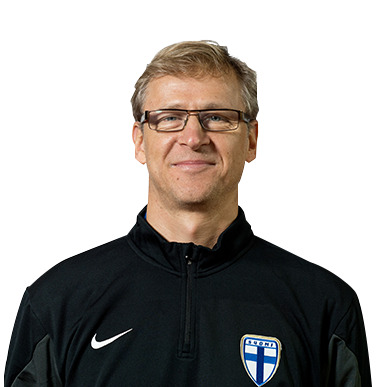 A former defender during his playing career, Kanerva began and ended his career at HJK Helsinki having enjoyed three separate spells at the club between 1983 and 1998.

Apart from a brief spell in Sweden with IF Elfsborg, Kanerva spent his entire playing career in his native Finland, and made 59 appearances for the national team between 1986 and 1995. Following a spell as manager of Finnish side FC Viikingit in 2003, Kanerva managed the Finland U21 side for six years, and became assistant manager of the senior team in 2011 until his appointment as manager in 2016. Under his guidance, Finland have now qualified for the finals of a major tournament for the first time in their history following a successful EURO 2020 campaign.