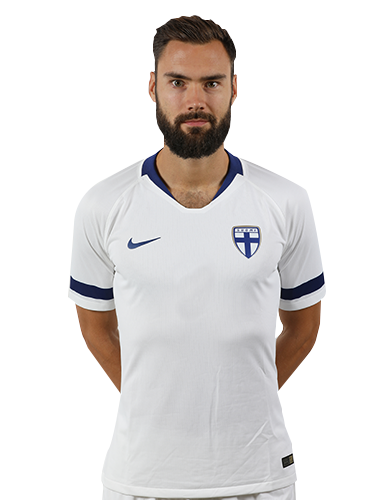 A veteran of the side having made his international debut in 2009, Sparv is currently playing his club football in Greece with Larissa having previous represented teams in Sweden, Finland, the Netherlands, Germany, Denmark and in England with Southampton having come through the youth ranks at the club.

During his time with Midtjylland, Sparv won three Danish league titles. A towering figure who can also play in a more defensive role, Sparv has made over 75 appearances for his country, scoring his only goal to date against Northern Ireland in Belfast back in August 2012 in a 3-3 friendly draw. 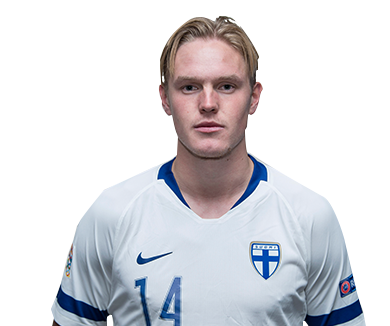 A goalscoring midfielder for the national team, Jensen came through the ranks at FC Twente in the Netherlands, and made 55 senior appearances for the club between 2016 and 2018.

Having emerged through the intermediate ranks with the national team, the midfielder made his senior international debut in a friendly against Austria in March 2017, scoring the equalising goal in the 1-1 draw at the age of just 19. Jensen made the switch to the Bundesliga with Augsburg in 2018, and has really made his mark on the national team during the current UEFA Nations League campaign with three goals. 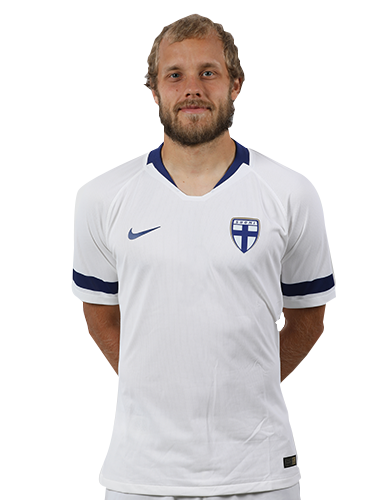 A key figure for Norwich City since he signed for the club from Brondby in 2018, Pukki has enjoyed a nomadic club career since he emerged through the youth ranks at Finnish side FC KTP in 2006, playing for teams in Spain, Germany, Scotland and Sweden while remaining an integral part of the Finnish national team.

Pukki made his international debut in February 2009 as a substitute in a friendly against Japan in Tokyo. During the successful EURO 2020 qualifying campaign, Pukki scored an incredible 10 goals in 10 games as Finland qualified for the finals of a major tournament for the very first time.